On the 29th of July 2022, Young ICCA presented in Athens a cross-examination Skills Training Workshop in the framework of the ELSA Summer Law School on International Investment Law. This was the first in-person Workshop hosted by ICCA in more than two years and attracted more than 30 attendees. Students and young lawyers interacted with leading arbitration practitioners and gained useful skills. The event was divided into two sessions.

During the first half of the Workshop, four renowned practitioners discussed best practices and pitfalls to avoid when conducting cross-examination of witnesses. Mr. Anastasios Gourgourinis, Assistant Professor of International Law at the Faculty of Law of the National and Kapodistrian University of Athens, served as moderator and posed a series of questions to the panel on the purpose and format of cross-examination in international arbitration, best ways to prepare for a cross-examination, and specific cross-examination techniques. The panel consisted of Mr Constantine Partasides, QC, Partner at Three Crowns (London), Ms Isabela Lacreta, Senior Associate at Mayer Brown (Paris) and Mr Bart Wasiak, Senior Associate at Arnold & Porter (London).

The speakers began by defining cross-examination as the taking of evidence by questioning the opposing party’s witnesses in an effort to illuminate the key points of a case, while Mr Partasides characterised it as one of the greatest legal engines.

The “how” of cross-examination varies. Although a model seems to have emerged, cross-examination is shaped on a case-by-case basis. There are lawyers who prefer to prepare outlines or scripts in advance. Others improvise. What they all have in common, however, is that they must prepare at length and study the record thoroughly in order to be successful. Finally, Ms Lacreta and Mr Wasiak emphasised the cultural differences between lawyers from different jurisdictions.

Partasides shared many practical tips, including the following:

Finally, Ms Lacreta advised attendees to expose themselves and practise cross-examination until they find their own voice. This can be achieved by attending cross-examination sessions, assisting lead counsel in their preparation, conducting mock sessions with potential witnesses, and signing up for special training programs.

During the second session of the Workshop, the abovementioned general principles were illustrated by means of a demonstrative cross-examination, based on a mock case prepared by Young ICCA. The demonstration sought to illustrate the best practices and pitfalls that had been discussed during the first part of the Workshop.

The three-member tribunal comprised Mr Partasides (the President), Ms Johanne Cox, Head of International Arbitration at Shoosmiths – Arbitrator & Counsel, and Mr Paschalis Paschalides, Counsel in the Litigation & Dispute Resolution practice of Arendt & Medernach. In the role of the lawyer, Mr Wasiak acted as counsel for Claimant, and Ms Lacreta was counsel for Respondent. The role of the first witness, the Claimant herself, was played by Ms Nikoletta Chalikopoulou, Associate at LALIVE (Geneva), while Ms Eugenia Stavropoulou, Foreign Attorney at Kim & Chang (Seoul), acted as a witness for the Respondent.

The most exciting and interesting part of this Workshop was that the cross-examiners took pauses throughout their demo cross to engage with the audience, to highlight problematic questions and to suggest alternative approaches. Through this “Socratic method”, young practitioners had the chance to discuss and share their opinions on how to deal with the most common issues that may come up in a cross-examination during an international arbitration hearing. 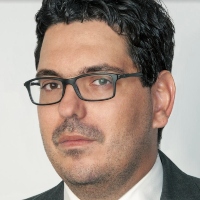 Anastasios Gourgourinis is an Assistant Professor of International Law at the School of Law of the National and Kapodistrian University of Athens and the Athens Public International Law Center (Athens PIL), a Research Fellow at the Academy of Athens, and a membre associé of the Centre de Recherche sur le Droit des Marchés et des Investissements Internationaux de Dijon (CREDIMI), Université de Bourgogne. Anastasios is  the academic supervisor of the annual Athens Summer Law School on International Investment Law, co-organized since 2016 by ELSA Athens and Athens PIL.Anastasios is also a practicing lawyer with the Athens Bar Association in Greece, specializing in sustainable trade & investment, public law, corporate law, as well as arbitration and adjudication proceedings. In the past, Anastasios served ias Special Legal Advisor at Greece's Ministry for Development and Competitiveness, and the Ministry of State, as well as Rapporteur and Secretary of the Scientific Council of the Ministry of Foreign Affairs. 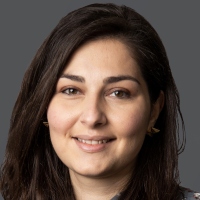 Member of the Paris, Lisbon and São Paulo Bars, Isabela Lacreta is a senior associate in the International Arbitration practice of Mayer Brown, in Paris. She regularly represents clients in commercial and investment arbitrations arising from different economic sectors and industries. She has acted as counsel for states, investors and companies in over a dozen international arbitrations conducted under the ICSID, ICC, SCC, UNCITRAL, ICDR and CAM-CCBC rules. Isabela also sits as an arbitrator and has acted as administrative secretary of arbitral tribunals in a number of cases. Isabela holds a PhD in law as part of a double degree program between the Universidade de São Paulo and the Université Paris Nanterre. Her thesis focuses on the determination of the law applicable to arbitration. She has published a number of articles on international arbitration.

In addition to her native Portuguese, Isabela is fluent in English, Spanish and French. 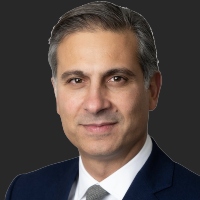 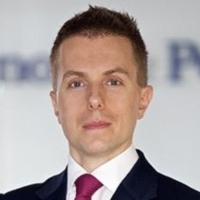 Bart Wasiak is a Senior Associate at Arnold & Porter, based in London. He is dual-qualified in New York and in England and Wales. His practice focuses on representing sovereign States and private-sector clients in high-stakes international arbitration proceedings. To date, he has served as counsel in more than 20 investment-treaty arbitrations under the ICSID and UNCITRAL arbitration rules. He has advised clients in relation to a broad range of disputes, including in the energy, banking, mining and shipping sectors. He is a Vice-Chair for Policy of the American Bar Association’s International Arbitration Committee and a Fellow of the Chartered Institute of Arbitrators. 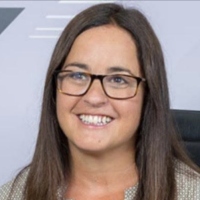 Dr Johanne Cox is a Partner in the London office of Shoosmiths and leads the international arbitration practice. Alongside counsel work, Johanne regularly sits as arbitrator. Johanne has over 20 years' experience in international arbitration and represents clients across regions in all types of disputes including energy, construction, technology, corporate and finance. Johanne worked and practiced in Africa and the Middle East from 2010-2020 - in Egypt, the UAE and Qatar - and, before this, at leading international law firms in London. In addition to handling commercial arbitrations, Johanne has leading expertise in investment treaty arbitration and has represented foreign investors and states in investment treaty arbitrations. Her book, Expropriation in Investment Treaty Arbitration (2019, Oxford University Press), is a global publication. 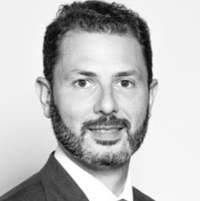 Paschalis Paschalidis is Counsel in the Litigation & Dispute Resolution practice of Arendt & Medernach and Associate Professor of EU Law at University of Lyon 3 “Jean Moulin”. He specialises in commercial and investment treaty arbitration as well as EU litigation. He also acts as an arbitrator and is included the Panel of Arbitrators of the SCIA (Shenzhen Court of International Arbitration) for the period 2022-2025. From 2012 to 2018, Paschalis served as référendaire for First Advocate General Melchior Wathelet at the Court of Justice of the European Union. As of 2019, he was senior associate at the international arbitration practice of Shearman & Sterling and then counsel at Gaillard Banifatemi Shelbaya Disputes. Paschalis is a member of the Luxembourg Bar and the Thessaloniki Bar. He holds a LLB in Law from the Aristotle University of Thessaloniki as well as a Magister Juris and a Master and Doctorate of Philosophy in Law from the University of Oxford. 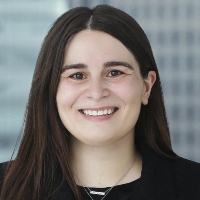 Eugenia Stavropoulou is a foreign attorney in the International Arbitration & Cross-Border Litigation Practice at Kim & Chang. Ms Stavropoulou specializes in international commercial and investment arbitration, where she acts as both counsel and arbitral secretary. She has experience working under all major arbitral rules and her areas of specialization include private and public international law, investment, trade, competition, intellectual property, and sports law. She has acted in complex multi-jurisdictional arbitrations and cross-border litigations, including disputes arising under large-scale engineering projects, manufacturing, delivery and sales agreements, shareholders agreements, joint ventures, and license and distribution contracts. Prior to joining Kim & Chang, Eugenia practiced for several years as an arbitration lawyer at von Segesser Law Offices in Zurich, Switzerland. Eugenia is admitted to the Athens bar (Greece) and holds a master’s in Private International Law and International Transactions (University of Athens) and in International Dispute Resolution (MIDS).