On 29 June 2022, Young ICCA hosted a virtual workshop titled “Hearing – Opening and Closing Statements”. The objective of the webinar was to provide practical education and discussions on the importance of the oral hearing, preparing for an oral hearing, and in particular the opening statements: objectives and differences between opening and closing statements; dos and don’ts for opening and closing statements, both in terms of substance and style; how to handle questions from the Tribunal; how the speakers have honed their advocacy skills over their careers; and tips for young practitioners.

Speaking from her valuable experience as arbitrator, Ms. Adekoya highlighted that an oral opening statement may be the first opportunity for counsel to make a good impression on the tribunal, as the tribunal will be able to engage in person with counsel on both sides and gauge their respective levels of confidence in the case that they would each advance. Ms. Adekoya’s advice was that the opening statement is best used to outline the case the counsel would make during the hearing, whereas the closing statement is where counsel should draw the link between their arguments and the evidence they have presented so as to submit to the tribunal that they have been able to prove their case. Ms. Adekoya also suggested that counsel ask the tribunal prior to their oral closing statement whether there are any specific issues on which the tribunal would like to have their explanations since it might be counsel’s last opportunity to address the tribunal in person.

For Prof. Abdel Wahab, where written arguments have been submitted in advance of a hearing, care should be taken not to make an opening statement a mere repetition of those submissions. Counsel should use the opportunity of an opening statement to give to the tribunal “something extra”. Counsel should set the stage for their case and take a measured approach to their submissions. One way of doing this would be to sense the tone of tribunal and gauge what their reaction would be if one were to address certain points at length. According to Prof. Abdel Wahab, in the opening statement, counsel should distil the issues and give the tribunal a roadmap. During submissions, they should measure their approach and not push back on arguments that the tribunal is reticent to onboard. This approach often serves to gain the trust and confidence of the tribunal. In rebuttals, counsel should be clear and helpful and must address the critical points of their case and be responsive to the Tribunal’s questions. As for the closing arguments, Prof. Abdel Wahab’s advice is to highlight the takeaway arguments, with the aim of leaving a lasting positive impression on the tribunal. Importantly, Prof. Abdel Wahab highlights that while it is true that coherence plays a major part in submissions, one should be careful not to conceal facts – for example, if there has been any change in a party’s case, Prof. Abdel Wahab’s advice is to explain and justify that change to maintain credibility.

As for Mr. El Saadani, he propounds that the weaknesses in a party’s case be fully defended in the written submissions, and later on, also addressed in the opening and/or closing statement(s). Otherwise, addressing them for the first time in the oral submissions may undermine counsel’s credibility; counsel may appear as deliberately avoiding a particular losing issue, but also precluding the counterparty from presenting their position thereon. Mr. El Saadani encourages counsel to engage with the tribunal and be mindful of their backgrounds, impressions and convictions after the oral submissions (often evident in their questions), and also their apparent physical gestures. In particular, he addressed the importance of making use of technology in submissions. If counsel is minded to use PowerPoint presentations, the slides should not be overloaded with information, but should only help track closely what counsel is orally submitting to the tribunal. The golden rule is that the slides should reinforce counsel’s submissions, not supplement them or distract the tribunal from orally submitted information. Mr. El Saadani also suggests that humorous analogies and pop-culture references, albeit unconventional, may help minimize the monotony and potential dullness of a presentation. Such unconventional methods often surprisingly help sink a point further in their minds in an entertaining manner. However, counsel should always weigh whether a particular tribunal would welcome such unconventional methods or not. Mr. El Saadani points out that counsel should not overstress settled law at the risk of wasting the tribunal’s time or their own, which could have been otherwise used to bolster their client’s case.

Following the panel discussions, Ms. Manal Rabbaj Badre (Lawyer at the Paris and Casablanca bars and mediator) and Ms. Natasha Behary Paray (Barrister, Senior associate, ENSafrica, Mauritius) took part in a mock exercise in which they respectively played the roles of the claimant’s and respondent’s counsel at a hearing. They each presented their opening statements and addressed questions from the mock tribunal consisting of Prof. Abdel Wahab, Ms. Adekoya and Mr. El Saadani.

After the mock presentations, the tribunal gave final comments, noting that counsels should ensure that they address all claims and counterclaims (if any). All important facts must be referred to, while facts unfavorable to the client must be addressed and explained, rather than avoided. Moreover, they added that counsels shall take into consideration different style of common law and civil law backgrounds and culture differences.

At the end of the workshop, participants were offered the opportunity to put their skills into practice. They were split into smaller groups and tasked with the preparation of a script for an opening statement based on the mock exercise. The winning group will have a private mentoring session with Prof. Abdel Wahab. 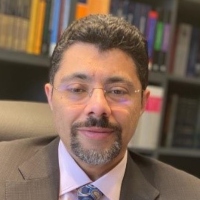 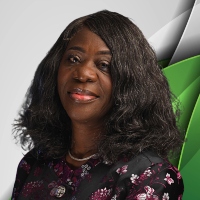 Funke Adekoya is a Senior Advocate of Nigeria who practices as an independent arbitrator and litigation consultant in Lagos Nigeria. She is a Chartered Arbitrator of the Chartered Institute of Arbitrators and a Governing Board Member of the International Council for Commercial Arbitration.

She is ranked in Chambers Global and in Who’s Who Legal Arbitration, is listed on the Chairman’s Panel of Arbitrators at ICSID as well as the panels of many other international arbitration institutions and is currently a member of the ICC Africa Commission. 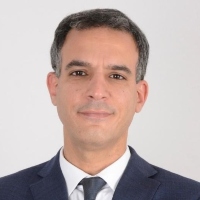 Sherif El Saadani is Partner at AMERELLER Legal Consultants (Cairo office). Sherif acts as counsel and arbitrator in commercial and investment disputes throughout the Middle East under the UNCITRAL, ICC, DIS, DIAC, SCCA and CRCICA. In previous roles, Sherif practiced in law firms in Cairo and London, and acted as VP/General Counsel in Dharan (KSA). He is published in Freiburg, Rome, Leipzig, and London. He read law at Cairo University (LL.B.), American University in Cairo (LL.M.), and Harvard Law School (LL.M.). He is a former visiting scholar at Heidelberg University and UNIDROIT. He is proficient in Arabic, German and English. 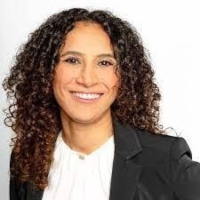 Dr Sally El Sawah is the Founder of El Sawah Law | Egypt and the co-founder and Head of Arbitration and Litigation of Junction | Paris, an alliance of independent lawyers active throughout the EMEA region. She is Egyptian and French qualified and Registered Foreign Lawyer with the SRA in England & Wales, acting as Arbitrator, Counsel, Consultant and Legal Expert since 2002. Sally received the African Arbitration Association Award for the best Young Arbitrator/ADR Practitioner of the Year 2020 and has been recognised by Chambers and Partners in their Global Guide 2022 for Expertise Based Abroad. 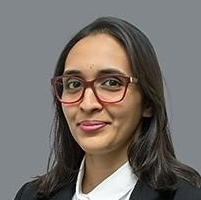 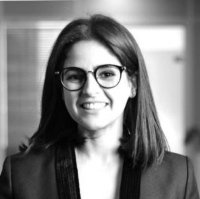 She advises her clients on their large-scale transactions (public offerings, capital increases, equity investments, strategic mergers and acquisitions, etc.) and assists them in matters relating to corporate governance. She also helps her clients in mediation and arbitration proceedings.

The Team for this event: