The objective of this workshop is to introduce the use and appointment of arbitral secretaries, including a discussion on the respective role, practicalities, best practices and tasks, taking the Young ICCA Guide on Arbitral Secretaries as a starting point.

The webinar will include presentations by the following speakers, followed by a period for Q & A:

There will also be an optional Assignment and at the end of the webinar. Participants can indicate their interest in the same. Participants who choose to complete the Assignment will have the opportunity to receive a certification and win some exciting prizes!

Prior registration is required and there are limited spots available for this Webinar. Participants will generally be confirmed on a first come first served basis. 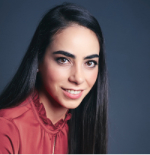 Krystle is an independent arbitration practitioner, who currently sits as an arbitrator and works as a freelance tribunal secretary and consultant. She takes part in commercial and investment arbitration proceedings under the main international rules (ICC, ICSID, LCIA, CIAC-IACAC, UNCITRAL, etc.). Krystle has served as counsel, tribunal secretary or arbitrator in cases arising from construction projects, shareholder agreements, joint venture agreements, real estate projects, gas pricing, financial services agreements and other contractual disputes, as well as in investment arbitrations. 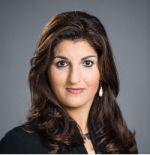 Niuscha Bassiri is a partner at Hanotiau & van den Berg.  She acts as counsel and arbitrator in numerous international arbitrations and enforcement and setting-aside proceedings. She regularly publishes and speaks on novel matters concerning international arbitration. Niuscha also teaches the New York Convention at the university of Miami, MIDS and NUS.

Ibifubara Berenibara is a Partner with LawQue Legal, a firm of lawyers based in Nigeria. He advises corporate and private clients on complex commercial issues and represents them before the various levels of courts in Nigeria. He is a Fellow of the Chartered Institute of Arbitrators, and a Notary Public of the Federal Republic of Nigeria.

Panagiotis Chalkias is an Associate in White & Case's International Arbitration Practice and is based in Geneva. Panagiotis' practice includes advising and representing clients in complex, high-value cross-border disputes in a variety of industries under all major arbitration rules and governed by various substantive laws, both common law and civil law. 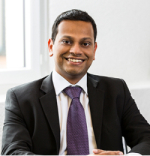 Rahul Donde is Counsel at Lévy Kaufmann-Kohler in Geneva. He has acted as arbitrator, counsel and secretary of the arbitral tribunal in over 30 international arbitration proceedings under both ad hoc and institutional arbitration rules. Having worked in Switzerland and India for several years, Rahul has expertise in high-value, complex commercial disputes in both common law and civil law systems. 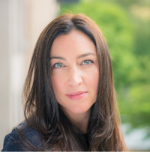 Lindsay's experience in international arbitration spans counsel and advisory work, institutional service, and academia. She is currently Senior Counsel at Arbitration Chambers and Adjunct Professor of Law at AU Washington College of Law. Previously, she served as Legal Counsel at ICSID and as an attorney at Freshfields Bruckhaus Deringer. Lindsay is a CEDR Mediator and FCIArb.

Dr Réka Papp is Counsel at the Office of Pierre Tercier where she acts as Secretary in international commercial and investment arbitrations. Before joining the team of Professor Tercier, she was a Senior Lecturer at the MIDS Geneva LL.M. While living in Vienna, she also worked as an associate at a law firm in the field of international commercial arbitration and energy law. 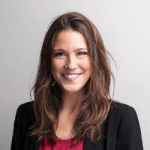 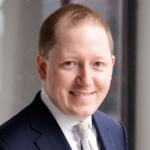 Garth Schofield is a Senior Legal Counsel at the Permanent Court of Arbitration (PCA), an independent intergovernmental organization, established in 1899 for the settlement of international disputes.  He has worked closely with the arbitral tribunals constituted in the majority of inter-state arbitrations at the PCA since 2009, including in the Bay of Bengal Maritime Boundary Arbitration (Bangladesh v. India), Chagos Marine Protected Area Arbitration (Mauritius v. United Kingdom), ARA Libertad Arbitration (Argentina v. Ghana), South China Sea Arbitration (Philippines v. China), and Duzgit Integrity Arbitration (Malta v. São Tomé and Príncipe) under Annex VII to the UN Convention on the Law of the Sea.  Additionally, Schofield served as Registrar to the Annex V Commission in the Timor Sea Conciliation (Timor-Leste v. Australia) and to two arbitral tribunals established pursuant to the Timor Sea Treaty. 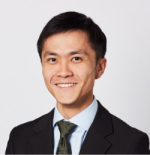 Eugene serves as tribunal law clerk at The Arbitration Chambers in Singapore, where he is involved in both commercial and investment arbitration cases. He was previously Deputy Counsel at the ICC in Hong Kong and Singapore, and has also worked in private practice in Singapore and London. He is educated in both the civil and common law traditions, and speaks English, Mandarin and French. 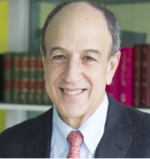 Details of individuals’ rights under data protection legislation and how to exercise them can be found in the privacy policy.﻿﻿﻿﻿